Show and Artist Talk at the Korea Society 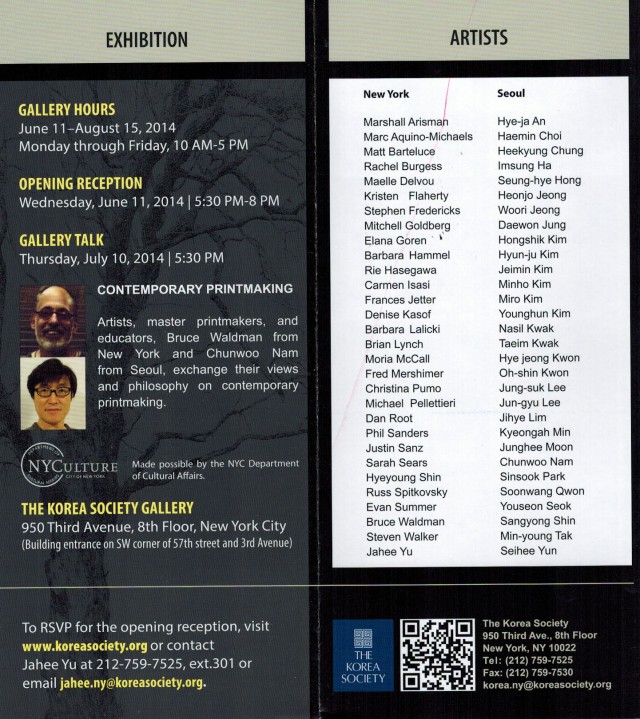 “Made in New York, Made in Seoul” show at the Korea Society. Opening is on June 11.

I will be giving an art talk about contemporary printmaking on July 10, 2014 along with Chungwoo Nam, a co-curator for the international traveling Korean/American printmaking exhibition, “Made in New York, Made in Seoul.”

I was the other co-curator for this show along with Russ Spitkovsky, founder of Carrier Pigeon Magazine, and with Stephen Fredericks, founder of the New York Society of Etchers. The show is on exhibit now at the Korea Society.  Please come to the art talk, if you can, on July 10th. The opening for the show is on June 11th at 5:30 pm.

This entry was posted in Artist Talk, Exhibitions. Bookmark the permalink.